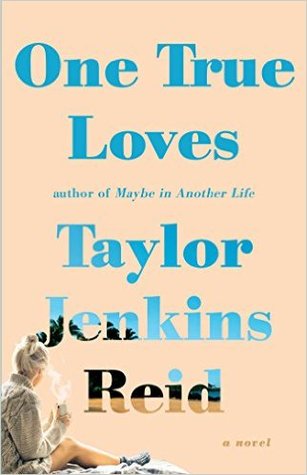 From the author of Maybe in Another Life—named a People Magazine pick and a “Best Book of the Summer” by Glamour and USA TODAY—comes a breathtaking new love story about a woman unexpectedly forced to choose between the husband she has long thought dead and the fiancé who has finally brought her back to life.

In her twenties, Emma Blair marries her high school sweetheart, Jesse. They build a life for themselves, far away from the expectations of their parents and the people of their hometown in Massachusetts. They travel the world together, living life to the fullest and seizing every opportunity for adventure.

On their first wedding anniversary, Jesse is on a helicopter over the Pacific when it goes missing. Just like that, Jesse is gone forever.

Emma quits her job and moves home in an effort to put her life back together. Years later, now in her thirties, Emma runs into an old friend, Sam, and finds herself falling in love again. When Emma and Sam get engaged, it feels like Emma’s second chance at happiness.

That is, until Jesse is found. He’s alive, and he’s been trying all these years to come home to her. With a husband and a fiancé, Emma has to now figure out who she is and what she wants, while trying to protect the ones she loves.

Who is her one true love? What does it mean to love truly?

Emma knows she has to listen to her heart. She’s just not sure what it’s saying.

I have really been looking forward to this book and I am so happy that I ended up enjoying it as much as I did.

While most stories that involve love triangles make me annoyed and disappointed, this was definitely a different twist on the concept and it worked really well. Emma married her high school sweetheart, Jesse, and they were living an amazing life together when he went missing and is presumed dead. A couple years later she begins dating someone new, Sam (also an old high school friend), and they become engaged. Then Jesse comes back. Emma finds herself torn between the two loves of her life.

Though who Emma ends up with is the focus of the plot, it is about more than just that, which is why this book worked for me. It’s about Emma and how she’s changed. We see her from being a freshman in high school all the way into her thirties. Who she was when she was young, with Jesse, is a lot different than who she has grown up to be, with Sam. It’s not as simple as choosing between men, but choosing what she wants her life to be – living in California and traveling the world with few responsibilities or being near family and working in the very store she always wanted to escape, but now loves.

While I did like both Sam and Jesse, I found myself being a little more Team Sam. But then we spent more time with Jesse and I thought maybe that would be ok. Although I often got frustrated with Emma for being loving and romantic with both of them at pretty much the same time, I understood her turmoil. I felt her confusion and her heartbreak and her love and that’s what made this such a great read.

I really like Reid’s writing style and how the timeline played out. The characters were really well-developed and I felt a connection to all of them, even the minor characters. The one thing I didn’t really like was that the flow of the story was often disrupted with Emma having some kind of deep or profound thought about love. Instead of just letting the story stand on it’s own, it felt like she tried a little too hard to make sure the reader was getting The Message. Sometimes it was fine, but more often than not I found it a little out of place and it took my attention away from the story.

Overall, I did really like One True Loves. It was emotional and funny and had some wonderfully well-developed characters. This is definitely one of the very few books that can make a love triangle work (and I was happy with the conclusion of it). I definitely recommend it to Contemporary/Romance/Women’s Fiction fans.

7 thoughts on “Review: One True Loves by Taylor Jenkins Reid”