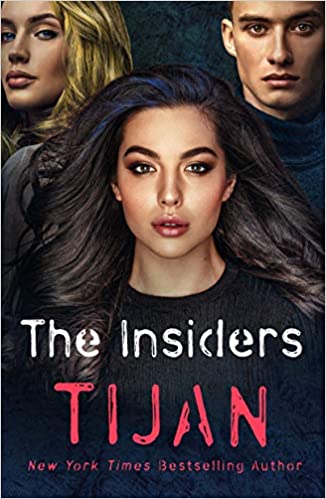 The Insiders is the first in a brand new, page-turning romance trilogy from New York Times bestseller, Tijan!

Bailey is as normal as could be, with a genius IQ and a photographic memory. But still, normal for her. Then, things happen—a guy breaks into her house in the middle of the night to take her hostage. She finds out her father is actually billionaire tech genius Peter Francis, the same guy she’s idolized all her life. She learns all this when she meets dark, mysterious, and electrifying Kashton Colello. He’s an associate of her father’s, and he gives Bailey two choices—go with him and meet her father or survive on her own because those kidnappers are going to try again. It’s a no-brainer.

After this, three things become clear for Bailey:

1. She’s living at her father’s sprawling estate, complete with bodyguards and the best security that money can buy.

2. She’s no longer an only child. She has three siblings and has no idea what to do with them and vice versa.

3. She is being guarded by Kash himself. Personally guarded. And there is a lot of guarding going on there and some of it is going to drive her crazy.

A complete outsider in a world of wealth and decadence, Bailey has to find her way within a family that has more secrets than she could have imagined. One of these secrets could be deadly…

This is an odd one to review. I really enjoyed the reading experience for most of the book, but I also kind of have a lot of issues with it. I’m going to go the list route on this one.

*For about the first 3/4 or so of the book, I could not read this fast enough. Tijan has a very addictive quality to her writing where I just need to keep reading. I found myself really enjoying it, even though basically NOTHING was happening, plot-wise.

*Though I do often find Tijan’s writing addictive, I always feel like it could use just a little more editing. I believe this is her first traditionally published book, so I expected things to be tightened up a little more than usual. For a little while, it felt like it was. However, as the book went on, it felt like the editing got less and less polished.

*Is it weird that I both shipped the romance while also not really believing in it? It was insta-lust. There wasn’t really any development before they jumped into an intensely physical relationship. They barely talked. There were barely any cute moments or banter. But I wanted them to be together. I liked how protective Kash was of Bailey. I just wanted them to have an actual conversation once in awhile.

*So what about the plot? It felt like there wasn’t one for most of the book. And then everything happened all at once in the final few chapters. And I wasn’t terribly impressed with the direction the story went. It seemed anti-climatic. I will say that I didn’t realize this was the beginning of a series when I read it, so now that I know that, it makes more sense that a lot of larger plot issues were just hinted at to set up for the future books. I just think the story could have been a little more balanced, though.

*Some other super random thoughts — *Kashton Collelo is a cool name.* *How was Bailey’s mom able to just leave her job and whole life to move in with her former baby daddy? And WHY? Nothing that woman did made any sense to me.* *It’s not a Tijan book without some crazy drama – enter Matt and his risque partying ways.* *Who’s that blonde girl on the cover? I can only think of one side-character that could possibly be and I barely remember anything about her. Definitely not prominent enough of a character to make the cover.*

Overall, I enjoyed The Insiders, but not as much as I was hoping to. The addictive writing couldn’t quite make up for the lack of plot for me. Still, I have no doubt Tijan fans will love it and I’ll look forward to the next book in the series.

10 thoughts on “Review: The Insiders by Tijan” 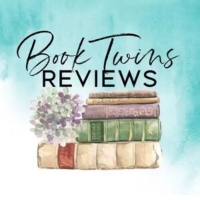