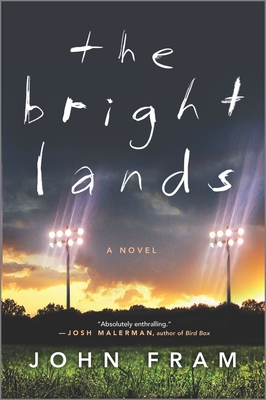 The town of Bentley holds two things dear: its football, and its secrets. But when star quarterback Dylan Whitley goes missing, an unremitting fear grips this remote corner of Texas.

Joel Whitley was shamed out of conservative Bentley ten years ago, and while he’s finally made a life for himself as a gay man in New York, his younger brother’s disappearance soon brings him back to a place he thought he’d escaped for good. Meanwhile, Sheriff’s Deputy Starsha Clark stayed in Bentley; Joel’s return brings back painful memories—not to mention questions—about her own missing brother. And in the high school hallways, Dylan’s friends begin to suspect that their classmates know far more than they’re telling the police. Together, these unlikely allies will stir up secrets their town has long tried to ignore, drawing the attention of dangerous men who will stop at nothing to see that their crimes stay buried.

But no one is quite prepared to face the darkness that’s begun to haunt their nightmares, whispering about a place long thought to be nothing but an urban legend: an empty night, a flicker of light on the horizon—The Bright Lands.

Ok, let me first say that when I requested this book, I was binging Friday Night Lights and I didn’t exactly read the full synopsis. I saw football and Texas and secrets and that was enough for me. The Bright Lands ended up being much different than I was expecting. It wasn’t exactly the kind of book I usually go for, but the characters made me keep reading.

This review is going to be short because most of my thoughts on the plot would be full of spoilers. So what can I actually say? The story was told through multiple points of view and I think those were well done. It really moved the story along and I was invested in all the characters. Early on in the story I wasn’t sure if this was a book I wanted to finish, but the characters kept me going. I expected a small town mystery, but there were definite Horror vibes, too. Horror is not really my genre, so take it with a grain of salt when I say it made me take a lot of things way less seriously than I otherwise would have. There are also major themes of hypocrisy and  homophobia, along with a lot of drugs, violence, assault, pedophilia, and demons (some metaphorical, one real). We spend most of the book waiting to find out what the mysterious Bright Lands are and while I did come to have my suspicions, it ended up being another eye rolling disappointment.

Overall, The Bright Lands wasn’t really for me. I didn’t appreciate the horror aspects and the overall tone of resentment and regret made me a little more depressed during already depressing times (though you can also take that as a compliment to the writing, I guess). I did really like the multiple POVs and was invested in the characters, though. While the story itself wasn’t really my cup of tea, I think there are a lot of readers out there that will enjoy this one a lot more than I did.

10 thoughts on “Review: The Bright Lands by John Fram”