After an awkward first encounter, Birdie and Daniel are forced to work together in a Seattle hotel where a famous author leads a mysterious and secluded life in this romantic contemporary novel from the author of Alex, Approximately.

Mystery-book aficionado Birdie Lindberg has an overactive imagination. Raised in isolation and homeschooled by strict grandparents, she’s cultivated a whimsical fantasy life in which she plays the heroic detective and every stranger is a suspect. But her solitary world expands when she takes a job the summer before college, working the graveyard shift at a historic Seattle hotel.

In her new job, Birdie hopes to blossom from introverted dreamer to brave pioneer, and gregarious Daniel Aoki volunteers to be her guide. The hotel’s charismatic young van driver shares the same nocturnal shift and patronizes the waterfront Moonlight Diner where she waits for the early morning ferry after work. Daniel also shares her appetite for intrigue, and he’s stumbled upon a real-life mystery: a famous reclusive writer—never before seen in public—might be secretly meeting someone at the hotel.

To uncover the writer’s puzzling identity, Birdie must come out of her shell…discovering that most confounding mystery of all may be her growing feelings for the elusive riddle that is Daniel.

Serious Moonlight will be available April 16, 2019.

Serious Moonlight may not have ended up being exactly what I thought it was going to be, but it was still the type of enjoyable, quick read I’ve come to expect from Jenn Bennett.

I thought that the mystery and the historic hotel that Birdie and Daniel work at would play larger roles in the story. I expected a little bit of a creepy vibe, as well. However, the book stays firmly Contemporary in tone. Which isn’t a bad thing at all, I was just expecting something a little bit different. The mystery left a lot to be desired for me. I never really understood why they cared that much about it and it wasn’t until the final “twist” that it made sense why one of them was interested. However, it was a good excuse for Birdie and Daniel to spend time together and get to know each other and have fun, bantery conversations that I quite enjoyed. I definitely shipped them together.

The story wasn’t all cute and lightness, though. Deceased parents, unplanned pregnancies, deadbeat dads, Narcolepsy, depression, suicide, isolation, and abandonment issues are all explored. It was kind of a lot to juggle, but Bennett did a pretty good job of it. I especially thought the inclusion of Narcolepsy was really interesting. I’ve never read a book where a character suffered from that and it involves a lot more than just randomly falling asleep, like I thought.

One thing I didn’t like about the book, however, is the irresponsible view on sex. I think that it had the opportunity to really explore the emotional repercussions of casual sex, but it never really went there. The “advice” Birdie gets from the adult in her life is basically not to take things so seriously. In a book meant for adults I could probably ignore it, but for one marketed to teens, I wish there was a better message on the subject.

Overall, I enjoyed Serious Moonlight. While there were a lot of heavier topics to deal with, at it’s heart it was a cute contemporary romance that I shipped. I really liked Birdie and Daniel together. There were many cute moments between them, including one of the coolest first date experiences I’ve ever heard of. I think fans of more serious YA contemporaries will enjoy it. 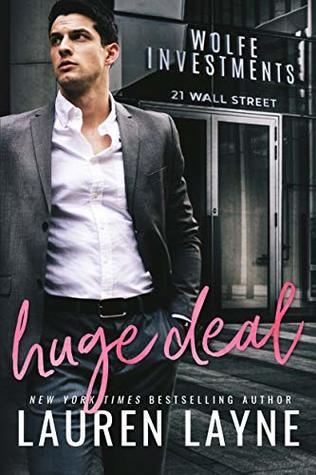