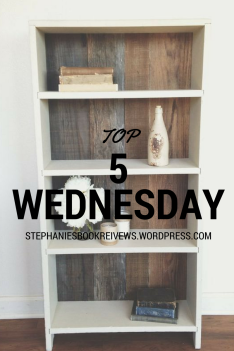 This week’s Top 5 Wednesday (visit the Good Reads group here) is: Authors You Want to Read More From –Talk about some authors that you’ve only read one or a few books from, and you NEED to read more!

1. Lisa Jewell. I’ve read The Girls in the Garden and I Found You and really liked both of them. I love Jewell’s writing and I really need to read more from her.

2. Lisa Scottoline. I recently read One Perfect Lie and I really want to go back and read some of her others.

3. Michelle Richmond. I’ve only read The Marriage Pact by her so far and I really want to see what else she’s done. 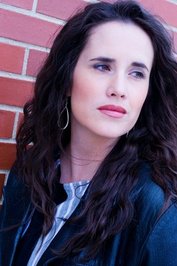 4. Amy Harmon. I’ve read Making Faces, The Law of Moses, The Song of David, and A Different Blue. Making Faces was by far my favorite and the other ones didn’t quite live up to that one for me, but I do really enjoy her writing and need to read the rest of her books.

5. Sarah Addison Allen. I’ve read Garden Spells and First Frost and they were both 4 star reads for me. I really need to get to some of her other titles.

What authors do you want to read more from?

On paper, Chris Brennan looks perfect. He’s applying for a job as a high school government teacher, he’s ready to step in as an assistant baseball coach, and his references are impeccable.

But everything about Chris Brennan is a lie.

Susan Sematov is proud of her son Raz, a high school pitcher so athletically talented that he’s being recruited for a full-ride scholarship to a Division I college, with a future in major-league baseball. But Raz’s father died only a few months ago, leaving her son in a vulnerable place where any new father figure might influence him for good, or evil.

Heather Larkin is a struggling single mother who lives for her son Justin’s baseball games. But Justin is shy, and Heather fears he is being lured down a dark path by one of his teammates, a young man from an affluent family whose fun-loving manner might possibly conceal his violent plans.

Mindy Kostis succumbs to the pressure of being a surgeon’s wife by filling her days with social events and too many gin and tonics. But she doesn’t know that her husband and her son, Evan, are keeping secrets from her – secrets that might destroy all of them.

At the center of all of them is Chris Brennan. Why is he there? What does he want? And what is he willing to do to get it?

Enthralling and suspenseful, One Perfect Lie is an emotional thriller and a suburban crime story that will have readers riveted up to the shocking end, with killer twists and characters you won’t soon forget.

I received an ARC from the publisher via a Good Reads Giveaway. This does not impact my review.

This is my first Lisa Scottoline book and it definitely won’t be my last. The writing was a good mix of mystery and character development and it was really hard to put down.

In the beginning of the book we meet Chris Brennan, who is interviewing for a teaching position. We find out right away that Chris isn’t his real name and all the details of his life he’s sharing are a lie. His plans are slowly unraveled, though we only learn the “what”, not the “why” in the “Step One” section of the book, which is broken up into three steps. I really enjoyed how much Chris’s actions creeped me out. Then there is a nice twist once we get to Step Two that I was not suspecting at all. I love when books can surprise me like that. The only problem is that I don’t really feel like I can talk about it because it would be a big spoiler and I would hate to take the surprise away from other readers. I’ll just say the mystery continues, though with a slightly different focus, and I enjoyed it, though it did seem a little unbelievable at times.

We also get the POV from three mother’s of the students/baseball players Chris initially targets. Mindy is wealthy, mother to popular Evan, and wife of a surgeon who she believes is cheating on her…again. Mindy was kind of hard to like, but as we got to know her more and see what she had to put up with at home I became more forgiving towards her. Susan is a bit of a workaholic, newly widowed, and her two sons are going off the rails a bit after the death of their father. I liked Susan’s overall character arc the most of the three women, but I didn’t always feel like her POV was relevant to the story. Heather is the underemployed single mother of Jordan, a shy kid who is new to varsity baseball, and develops a bit of a crush on Chris.

I thought it was an interesting choice to go with the POV of the mothers instead of their sons, which you think would be a little more relevant to Chris’s plans. However, I really liked it. It helped keep the kids a bit of a mystery while slowly revealing reasons from their home life why they might be the one Chris is looking for.

Overall, I really enjoyed reading One Perfect Lie. It had likable characters and a good mystery. There were a couple times it got a little unbelievable and the dialogue a little cheesy, but for the most part I thought the writing was really good. It might be more of a 3.5 for me, but because there were several surprises that I did not see coming I’m bumping it up to 4. I’m really looking forward to reading more from this author.