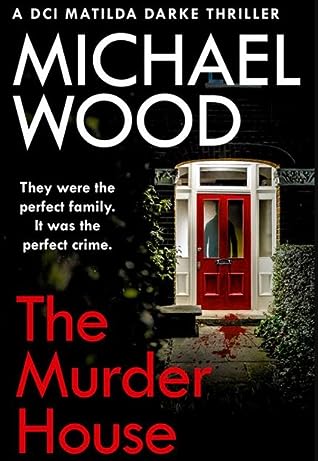 The morning after a wedding reception at a beautiful suburban home in Sheffield, the bride’s entire family are stabbed to death – in a frenzied attack more violent than anything DCI Matilda Darke could have imagined.

Forensics point to a burglar on the run across the country. But cracks are starting to appear in Matilda’s team, someone is playing games with the evidence – and the killer might be closer to home than they thought…

The Murder House will be available January 9, 2020.

-This is the fifth book in a series, but I haven’t read the preceding books. While there were lots of references to events from previous installments, I never felt lost with the characters and the main mystery worked as a standalone.

-I enjoyed the dynamic of the investigating team. There was some fun banter and I liked how close all of them were.

-Though it did take me awhile to get into the story, it did eventually pick up for me and it kept my attention.

-Maybe I have read far too many graphic crime novels, but I really expected a lot more from the murder. The characters say over and over again how this is the worst crime scene they’ve ever seen and how horrific it was. But, it didn’t seem that bad to me? I feel like I’ve read far worse before and the characters just repeating again and again how bad the crime scene was made it seem much more like the author was trying to convince me it was bad, rather than writing it convincingly. It started me out on a bad foot with the story.

-I felt like the book was far too long. There were lots of side plots and red herrings and unneeded description. It could have been much shorter and still got all the main plot points and character development across.

-While I liked a lot of the characters, I didn’t care of Matilda. Few things she did made sense to me. I also didn’t like how she lied to her team about important things.

-I felt like there were really obvious clues in who the murderer was, which may be another reason the book felt so long to me. The big break in the case basically comes about by recognizing one of the detective’s incompetence, which also kind of annoyed me.

Overall, The Murder House was ok, but didn’t really live up to my expectations. I expected a lot more from the premise and it left me a little disappointed. However, the character development was well done and I enjoyed reading about most of them. I probably won’t go back and read any of the other books in this series, but I’m sure fans of the series will probably enjoy this.