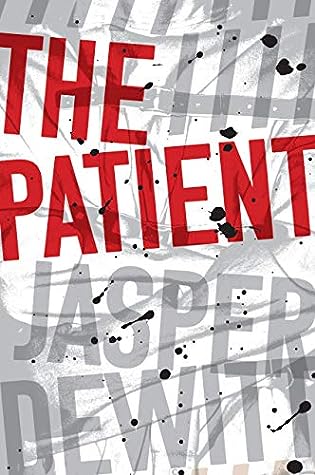 The Silent Patient by way of Stephen King: Parker, a young, overconfident psychiatrist new to his job at a mental asylum, miscalculates catastrophically when he undertakes curing a mysterious and profoundly dangerous patient.

In a series of online posts, Parker H., a young psychiatrist, chronicles the harrowing account of his time working at a dreary mental hospital in New England. Through this internet message board, Parker hopes to communicate with the world his effort to cure one bewildering patient.

We learn, as Parker did on his first day at the hospital, of the facility’s most difficult, profoundly dangerous case—a forty-year-old man who was originally admitted to the hospital at age six. This patient has no known diagnosis. His symptoms seem to evolve over time. Every person who has attempted to treat him has been driven to madness or suicide.

Desperate and fearful, the hospital’s directors keep him strictly confined and allow minimal contact with staff for their own safety, convinced that releasing him would unleash catastrophe on the outside world. Parker, brilliant and overconfident, takes it upon himself to discover what ails this mystery patient and finally cure him. But from his first encounter with the mystery patient, things spiral out of control, and, facing a possibility beyond his wildest imaginings, Parker is forced to question everything he thought he knew.

Fans of Sarah Pinborough’s Behind Her Eyes and Paul Tremblay’s The Cabin at the End of the World will be riveted by Jasper DeWitt’s astonishing debut.

Despite knowing that I have a hard time appreciating books that fall under the Horror genre, I thought the synopsis for The Patient sounded too intriguing to pass up. Unfortunately, it was just another book that proved this genre isn’t for me.

I just found the story really boring. I was not, at any point, even the smallest bit freaked out or spooked by what I read. I thought at the very least there would be a creepy atmosphere around the hospital, but I didn’t really get that. I thought the mystery surrounding Joe seemed interesting, but it was approached in such a clinical way at first, that it never felt scary. Even when the story morphed into something that was obviously supernatural, I was still just kind of bored with it. It did sometimes have some graphically gross descriptions, but gore doesn’t really make up for lack of suspense or thrills for me.

I also thought there was a real missed opportunity in the formatting of the story. Parker is supposed to be sharing his story in multiple online forum entries. He makes reference to people’s comments to his posts, but we don’t actually ever see those comments. I felt it would have lent some credibility to the format to include those. As it was, other than the date that begins each chapter and Parker explicitly stating at the beginning of each entry that he’s writing this on the internet, there’s nothing about the storytelling that makes it any different than a normal narrative.

Overall, The Patient was a letdown for me. It didn’t live up to it’s intriguing premise and I didn’t really understand the narrative choices. However, you should keep in mind that this isn’t really my genre and maybe die hard Horror fans will think differently.

The Patient by Jasper DeWitt. The premise sounded really intriguing and creepy, but I was actually pretty bored with this. Watch out for my review next week.

The Night Swim by Megan Goldin. I wasn’t blown away by The Escape Room last year, so I was a little hesitant to pick this one up, but I’m liking it so far. It is really slow paced, though. 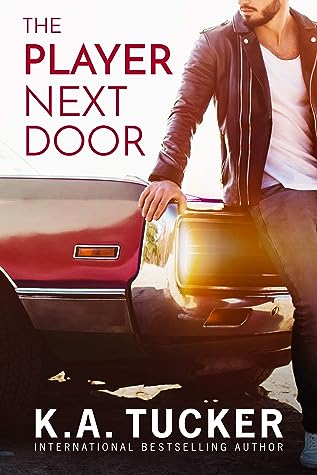 The Player Next Door by K.A. Tucker. I didn’t get to this one before my KU subscription ended, however, I found a deal for another month of free KU, so I’ll be picking this one up soon.