A forensic psychologist fights a mental war against two serial killers in this disturbing thriller from Mike Omer, Washington Post and Amazon Charts bestselling author of A Killer’s Mind.

An online video of a girl clawing at the ceiling of her own grave could be the worst thing FBI forensic psychologist Zoe Bentley has ever seen. Perhaps even more disturbing is the implication of the video’s title: “Experiment Number One.”

Zoe and her partner, Special Agent Tatum Gray, work as fast as they can to find the monster behind the shocking video, but soon another one shows up online, and another girl turns up dead. Meanwhile, a different murderer is on Zoe’s mind. Rod Glover has been tormenting her since childhood, and his latest attack is a threatening photo of himself with Zoe’s sister. As Glover’s threats creep toward action, Zoe’s torn between family and duty.

Zoe must think fast to prevent another murder. With her own family’s safety on the line, Zoe feels she’s never been in more danger. And while she’s always known her job could send her to an early grave, she always assumed she’d be dead first.

Overall, I enjoyed In the Darkness. Though I thought the writing could use just a bit more editing at times, the mystery was well done and I was a little surprised with who the serial killer turned out to be. I like the partnership between Tatum and Zoe and look forward to seeing how it evolves as the series continues. 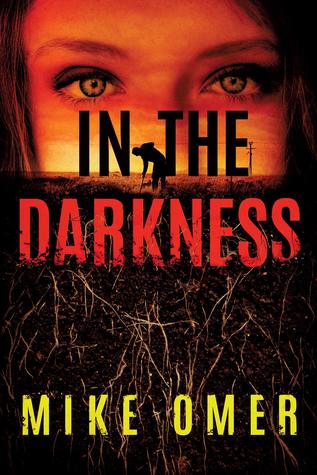