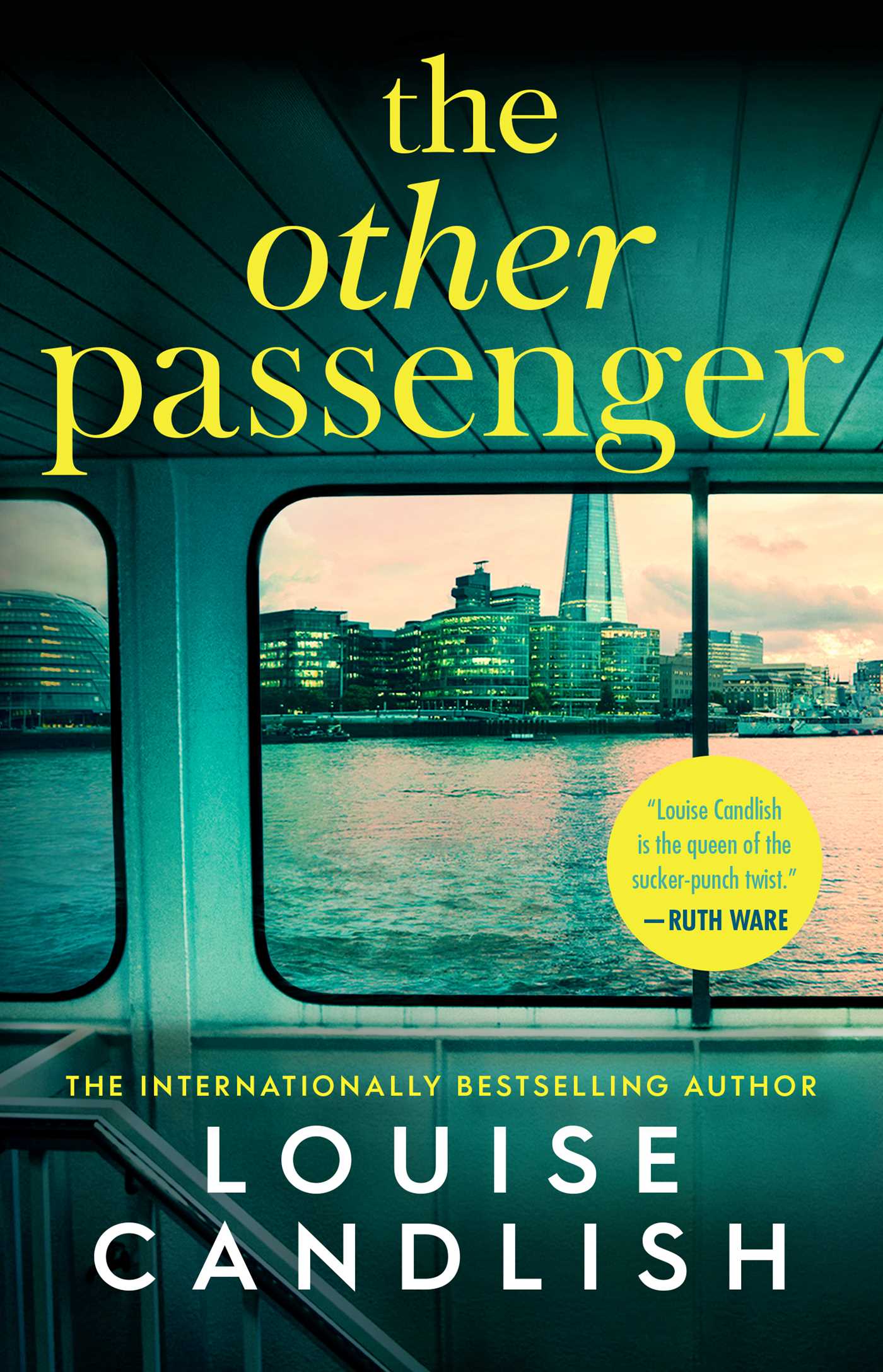 It all happens so quickly. One day you’re living the dream, commuting to work by ferry with your charismatic neighbor Kit in the seat beside you. The next, Kit hasn’t turned up for the boat and his wife, Melia, has reported him missing.

When you get off at your stop, the police are waiting. Another passenger saw you and Kit arguing on the boat home the night before and the police say that you had a reason to want him dead. You protest. You and Kit are friends—ask Melia, she’ll vouch for you. And who exactly is this other passenger pointing the finger? What do they know about your lives?

No, whatever danger followed you home last night, you are innocent, totally innocent.

When I pick up a Louise Candlish book I know to expect some addictive writing, stories of horrible people, and a great twist or two and The Other Passenger delivered on all counts.

I always have to commend Candlish’s writing. Though I did feel the story was a little longer than it needed to be, I had a hard time putting this one down. The plot also heavily involved the main character cheating on his girlfriend of ten years and even though I was disgusted by him – and most the rest of the characters – I still wanted to read it, which is not always the case for me. It did, however, bring my enjoyment of the story down a little.

There’s not a lot I feel like I can say about how the plot evolves without giving away some major spoilers. I will say that there were some fun twists. I had guessed part of the first twist, but there was another part of it that definitely surprised me. After that, I easily predicted the remaining twists, but I still thought they were well done and people who read less of this genre than I do might be more surprised than I was.

Overall, The Other Passenger had some fun – if predictable – twists and addictive writing, but the main plot line of infidelity brought my overall enjoyment down. I also thought there were parts that dragged on a little too long. This might not be my favorite Candlish book, but I will still be looking forward to whatever she writes next.

8 thoughts on “Review: The Other Passenger by Louise Candlish”