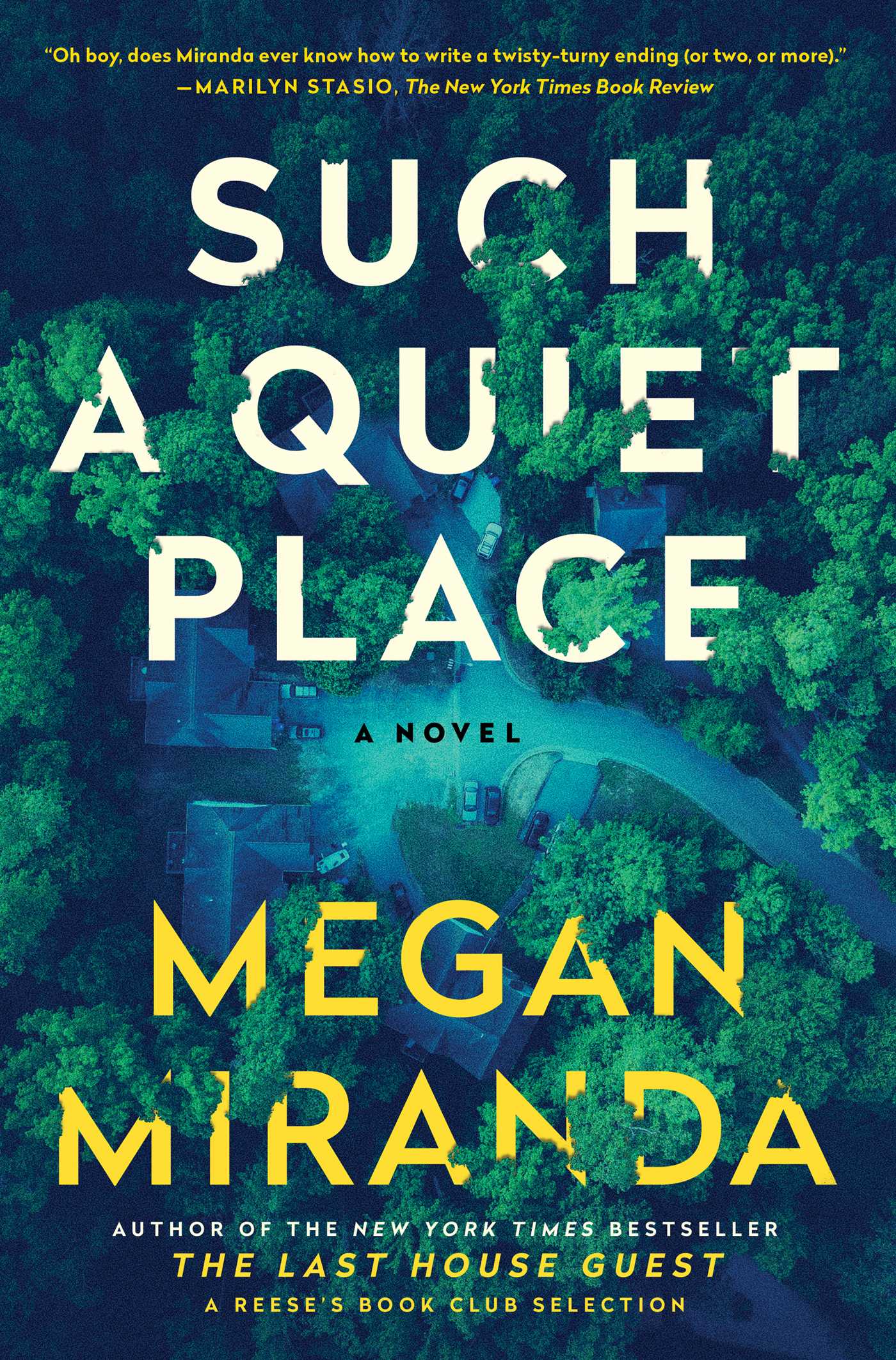 We had no warning that she’d come back.

Hollow’s Edge used to be a quiet place. A private and idyllic neighborhood where neighbors dropped in on neighbors, celebrated graduation and holiday parties together, and looked out for one another. But then came the murder of Brandon and Fiona Truett. A year and a half later, Hollow’s Edge is simmering. The residents are trapped, unable to sell their homes, confronted daily by the empty Truett house, and suffocated by their trial testimonies that implicated one of their own. Ruby Fletcher. And now, Ruby’s back.

With her conviction overturned, Ruby waltzes right back to Hollow’s Edge, and into the home she once shared with Harper Nash. Harper, five years older, has always treated Ruby like a wayward younger sister. But now she’s terrified. What possible good could come of Ruby returning to the scene of the crime? And how can she possibly turn her away, when she knows Ruby has nowhere to go?

Within days, suspicion spreads like a virus across Hollow’s Edge. It’s increasingly clear that not everyone told the truth about the night of the Truett’s murders. And when Harper begins receiving threatening notes, she realizes she has to uncover the truth before someone else becomes the killer’s next victim.

I received a copy of this title via NetGalley and Edelweiss. It does not impact my review.

I’ve been looking forward to Such a Quiet Place for awhile now. It sounded kind of mysterious and creepy and just look at that gorgeous cover! Unfortunately, I found the story rather disappointing.

I know to expect a lot of character development and a slower pace when I pick up a Megan Miranda book, but I thought this one was too slow. It was past the halfway point before anything even happened to actually advance the plot. I thought things might pick up after that, but it remained pretty slow and boring. I also wasn’t a fan of how the mystery slowly unraveled. Harper would just stumble into information and then make big assumptions on what must have happened. I found it pretty anti-climactic when it was all said and done.

Speaking of Harper, she was my greatest struggle while reading this. I spent over half the book being incredibly annoyed and frustrated with her for what a pushover she was. Now, I am a people-pleaser that avoids confrontation, so when I think someone is a pushover, it’s pretty bad. I could not, for the life of me, understand how she could just let Ruby move back into her house, take her car, etc. I didn’t care if Ruby was innocent or a murderer. Harper found her manipulative and untrustworthy and Ruby obviously had zero respect for her. And Harper just acted helpless to ever say no. There’s some things said about how she’s too trusting and that she felt a little guilty, but neither were enough to justify how she allowed Ruby to walk all over her. I’m getting mad all over again just thinking about it.

Overall, Such a Quiet Place was a disappointing read for me. While Miranda does character development and setting very well, those are the only positive things I can really say about this one. I absolutely could not stand how Harper acted and I found the mystery really lacking. However, I’ve seen some much more positive reviews for this book, so if you can handle how frustrating Harper can be, you might enjoy this more than me.

2 thoughts on “Review: Such a Quiet Place by Megan Miranda”