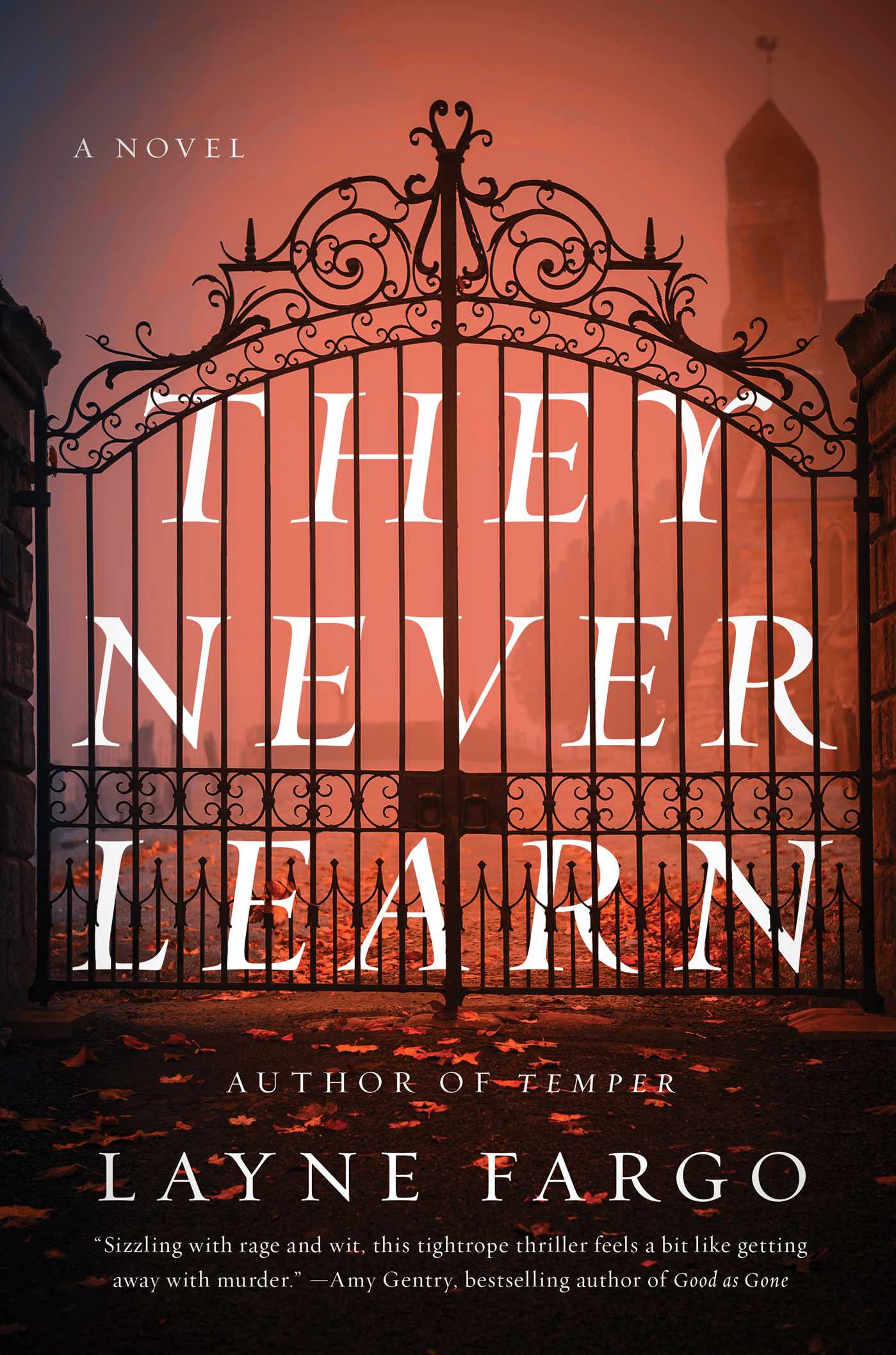 From the author of the “raw, ingenious, and utterly fearless” (Wendy Walker, USA TODAY bestselling author) Temper comes a dynamic psychological thriller about two women who give bad men exactly what they deserve.

Scarlett Clark is an exceptional English professor. But she’s even better at getting away with murder.

Every year, she searches for the worst man at Gorman University and plots his well-deserved demise. Thanks to her meticulous planning, she’s avoided drawing attention to herself—but as she’s preparing for her biggest kill yet, the school starts probing into the growing body count on campus. Determined to keep her enemies close, Scarlett insinuates herself into the investigation and charms the woman in charge, Dr. Mina Pierce. Everything’s going according to her master plan…until she loses control with her latest victim, putting her secret life at risk of exposure.

Meanwhile, Gorman student Carly Schiller is just trying to survive her freshman year. Finally free of her emotionally abusive father, all Carly wants is to focus on her studies and fade into the background. Her new roommate has other ideas. Allison Hadley is cool and confident—everything Carly wishes she could be—and the two girls quickly form an intense friendship. So when Allison is sexually assaulted at a party, Carly becomes obsessed with making the attacker pay…and turning her fantasies about revenge into a reality.

I’ve been struggling lately to find books that keep my attention and when I picked up They Never Learn I didn’t have very high expectations. So it took me completely by surprise by how addictive and compelling this story turned out to be.

There have been a lot of #MeToo type of stories to come out over the last couple of years. While it’s obviously an important topic, I have to say I’ve been getting a little bored with it. None of these books have really brought anything new to the table and it feels like reading the same thing over and over again. The Never Learn definitely took a different spin on the subject. A serial killer who targets sexual predators? It was like a feminist Dexter and I was here for it.

The chapters alternate POVs between Scarlett, a college professor/serial killer, and Carly, a college Freshman. I thought the alternating POVs were done pretty well. The story was very character driven and I felt like I got to know them pretty well. There were several twists throughout the book and the first one actually ended up surprising me. I felt a little mad at myself for not figuring it out earlier – in hindsight you’ll definitely see the clues – but I like that it surprised me because it doesn’t happen that often these days. The rest of the twists are a little more subtle and not as shocking, but I thought they were pretty well done. I don’t feel like I can say too much about how the story plays out because it will be too spoilery.

Overall, I really enjoyed They Never Learn. I always enjoy a good serial killer story and I especially liked how it made a #MeToo storyline a little more fresh. While the characters weren’t always very likable, they were compelling and I was invested in seeing how things would turn out for them. This was my first book by Fargo, but I’m definitely going to go back and read her debut book and will look forward to whatever she does next.

4 thoughts on “Review: They Never Learn by Layne Fargo”