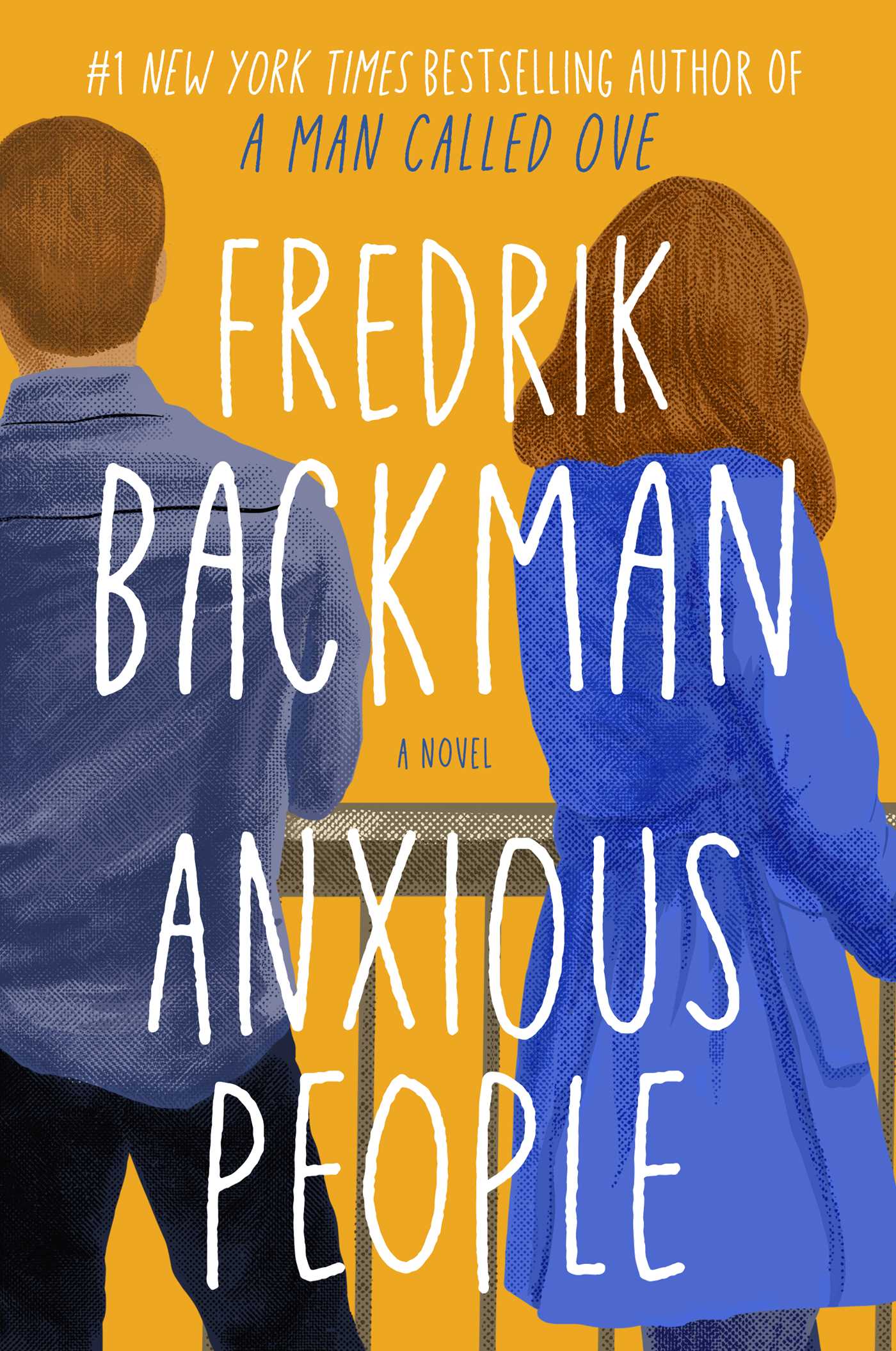 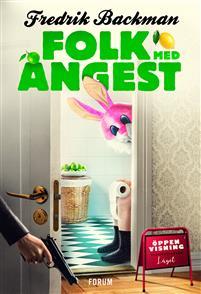 (I had to include the non-American cover because it’s perfect. You’ll understand when you read the book.)

This is a poignant comedy about a crime that never took place, a would-be bank robber who disappears into thin air, and eight extremely anxious strangers who find they have more in common than they ever imagined.

Viewing an apartment normally doesn’t turn into a life-or-death situation, but this particular open house becomes just that when a failed bank robber bursts in and takes everyone in the apartment hostage. As the pressure mounts, the eight strangers slowly begin opening up to one another and reveal long-hidden truths.

As police surround the premises and television channels broadcast the hostage situation live, the tension mounts and even deeper secrets are slowly revealed. Before long, the robber must decide which is the more terrifying prospect: going out to face the police, or staying in the apartment with this group of impossible people.

Even though the Beartown books made me a Fredrick Backman fan for life, this is only my third book from him. I was a little afraid that no other book could live up to my sky high expectations. And while the Beartown books are still my favorites, Anxious People did not disappoint.

Backman has such a way with words. I am continually blown away by his honest – and humorous and sometimes heart wrenching – description of the human condition. There is no other author that can make me want to laugh and cry in equal measure. This story is about depression, anxiety, and desperation. But it’s also about hope, love, and forgiveness. It’s about idiots. It’s about the thoughts we have in our lowest moments and the reassurance that we are not alone. There was one passage that described my teenage self so accurately, that I really wish there were more books like this back then.

“She isn’t traumatized, she isn’t weighed down by any obvious grief. She’s just sad, all the time. An evil little creature that wouldn’t have shown up on any X-rays was living in her chest, rushing through her blood and filling her head with whispers, saying she wasn’t good enough, that she was weak and ugly and would never be anything but broken…In the end you get exhausted from always tensing the skin around your ribs, never letting your shoulders sink, brushing along walls all your life with white knuckles, always afraid that someone will notice you, because no one’s supposed to do that.”
(Quote taken from ARC, may be different in final version.)

The story is very character driven, and there is quite the quirky cast to get to know. I loved how we learned things about each of them, bit by bit. Characters who might come across a little unlikable at first are given context and background that will make you grow to love them instead. There’s even a twist or two that will keep you on your toes. I will say there were a few times where it felt like things dragged just a little and I wanted to get on with the story, but the character development was still definitely worth it. The story is told in a non-linear way, which could have gotten confusing, but I think Backman handled it really well. I loved the excerpts of the witness interviews most of all.

Overall, I loved Anxious People. Backman’s writing was just as wonderful as I hoped it would be. It was honest and relatable and filled with emotion. It was also laugh out loud funny at times. I definitely recommend this one and am looking forward to going back and reading more of Backman’s backlist.