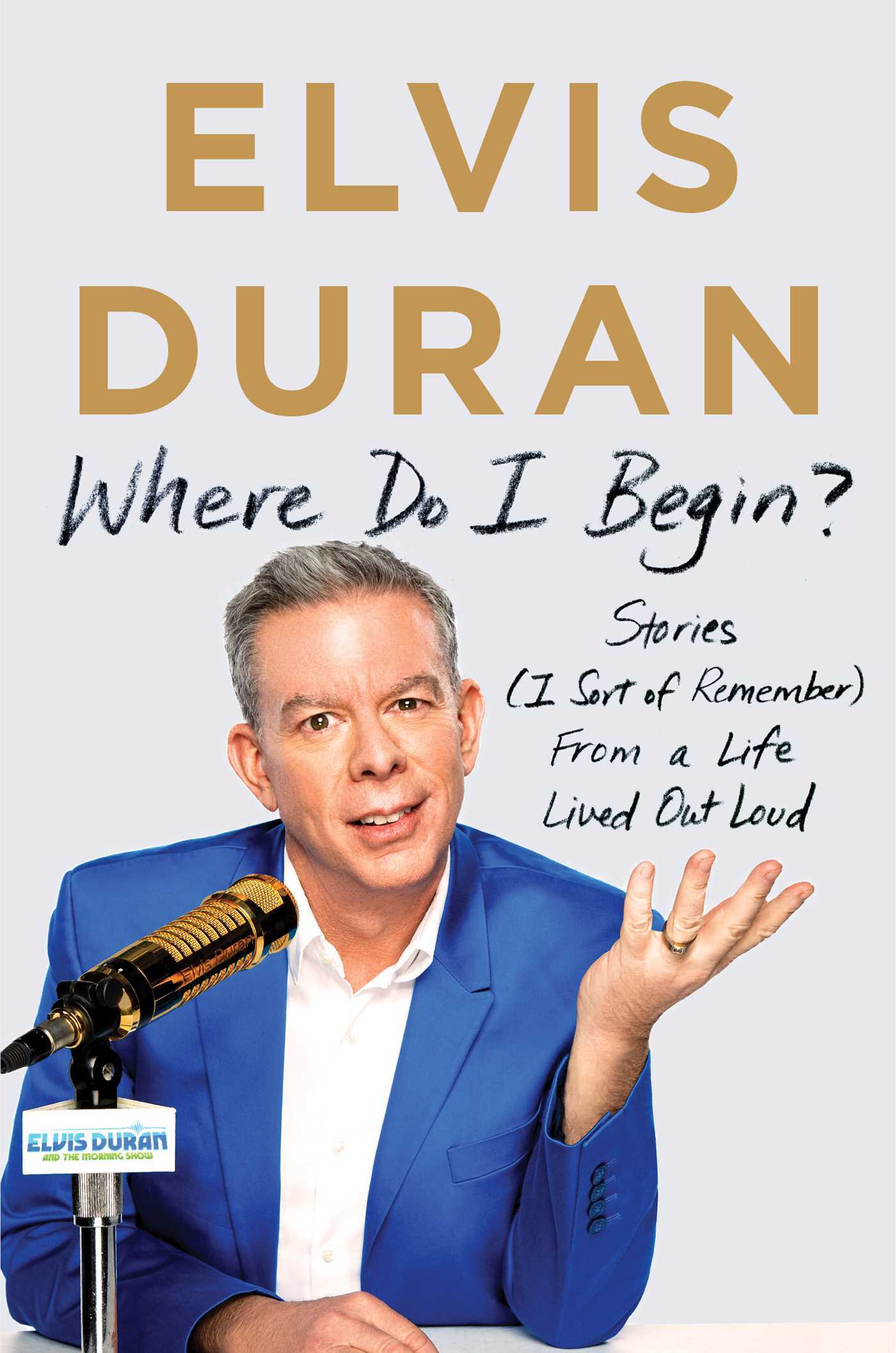 Elvis Duran, host of one of the nation’s top morning shows and the voice millions of Americans wake up to, shares his wildest stories and hardest-learned lessons all with his trademark heart, honesty, and plenty of humor.

Elvis Duran’s nationally syndicated radio program, Elvis Duran and the Morning Show, is America’s most-listened-to Top 40 morning show and one of the 10 most-listened-to programs in all of radio, heard live by nearly ten million people every morning.

But his success didn’t happen overnight. Elvis spent years navigating the wild world of radio as a DJ for hire, working (and partying) in markets around the country before taking over the morning shift at the legendary Z100 in 1996. Over the last twenty years, he has become one of New York City’s signature voices (Variety calls him “a permanent fixture of the area’s daily commutes”) thanks to his show’s exciting mix of music, new artist discovery, interviews, gossip, and live listener interaction.

Along the way, Elvis has become known not just for his incisive interviews (and occasional feuds) with pop music’s biggest stars, but for the show’s commitment to kindness and positivity and Elvis’s own candor and openness with his audience.

Bold, funny, and totally candid, Where Do I Begin? is sure to be loved by anyone who listens to Elvis live every morning—or anyone who wants to know what really goes on behind the scenes of the pop music machine. It reads like an old friend telling a new story you’ve been dying to hear.

Every morning as I get ready for work, I listen to Elvis Duran and the Morning Show. For those that don’t know, it’s a nationally syndicated radio show – number one in it’s market – based out of of New York. It’s a show with a wide variety of contributors, ideas, and gags. Sometimes they have segments that make me roll my eyes a bit, but other times I am laughing out loud or getting choked up (in a good way). Listening to the show is the best part of my morning and I have been looking forward to this book since I first heard Elvis mention it in on the air.

I really enjoyed Where Do I Begin? It read just like having a conversation with Elvis and though I am not generally an audio book reader, I definitely want to to experience this again with Elvis narrating (at least I’m assuming he’ll narrate it? If not him, my vote is definitely Greg T.). We start out hearing about how Elvis first fell in love with radio as a child. I loved learning about how this was his passion from an early age and basically the only thing he was ever interested in doing. He even built his own little radio station in his bedroom as a kid and put on a show that reached his closest neighbors – and then it blew up when he tried to give more power to the signal.

I have to admit that I was expecting a little more scandal, though. There have been multiple times listening to the show where they start talking about something and Elvis refuses to go into details, saying something like, “you’ll have to read the book.” However, there were still stories he kind of glossed over and names he wouldn’t share and while I understand that, I was kind of disappointed in it. There was also one chapter about fame that wasn’t so much about him, but of the celebrities he’s interviewed and it felt a little out of place.

I loved pretty much every other part of the book, though. Even if it didn’t go quite as in depth as I had hoped for, I feel like I learned a lot more about Elvis and about the radio industry, in general. There was also one chapter dedicated to how people basically went crazy during the 2016 election and how he wants his show to remain a positive place for all people. He reiterated what I’ve heard him say on the show, about how we can disagree with people without completely hating them. This shouldn’t be a profound idea, but it’s something people have seemed to forget lately and I really admire that he uses his platform to help build bridges between people instead of adding to the toxic political culture of blue vs red.

Overall, I really enjoyed Where Do I Begin? It’s been one of my most anticipated books of the year and it lived up to the hype for me. I’ve been a fan of Elvis for years and reading this made me just like him more. It’s definitely a must read for listeners of his show.

9 thoughts on “Review: Where Do I Begin? by Elvis Duran”