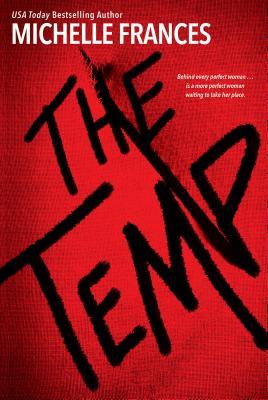 Emma would do anything to work for the woman who has the job she wants. Carrie is at the top of her game, with a dream career, a baby on the way, and a handsome screenwriter husband. For Emma, with parents who don’t understand her ambition and a serious misstep behind her, this temp position might be her last chance.

Carrie has given up more than anyone knows to get to the top of a ruthless business. She won’t give up this baby too. But with Emma filling in for her at the office, her perfect life starts to unravel. Her bank account is inexplicably overdrawn, her husband seems strangely distant and colleagues are all too happy to take Emma’s creative direction. Carrie finds herself dying to get back to work . . . until a letter left at her door changes everything.

Trust and fear trade places in a love triangle that defies readers’ expectations at every turn.

I have seen several glowing review for The Temp and was excited to give it a try. Unfortunately, I did not enjoy it near as much as others have seemed to.

First, I want to say that I think the synopsis is a little misleading. Nothing it says is wrong, exactly, it just makes things sound like they happen much more suspensefully or creepily than they actually do. Anyways, I have recently read several light and fluffy Romances in a row and I was really craving something with a little more substance when I picked this book up. I really wanted the suspense and thrills and The Temp just didn’t give it to me. I didn’t think any of the twists were surprising. There is one that is saved until almost the end of the book that I suspected within the first 20% of the story.

Which leads me to my next point. This book was far longer than it needed to be. I felt like there was a lot of repetition and the pace was pretty slow. The chapters became a little quicker towards the end, but I still felt like things were dragged out for too long. I also thought it was structured kind of oddly. The book is broken into four parts, each under a different character’s name, but the story is told in third person and the POV changes almost every chapter, despite which part it’s in. I didn’t understand the purpose of the different parts named after a character if that section didn’t focus entirely on that character’s POV?

Overall, The Temp just wasn’t for me. It had an intriguing premise and the writing wasn’t that bad, it just lacked the suspense and creep factor I was expecting. I wasn’t surprised by any of the twists and I didn’t find the characters very likable or relatable. However, I have seen other people who have really enjoyed this book, so it still might be worth the read.

12 thoughts on “Review: The Temp by Michelle Frances”