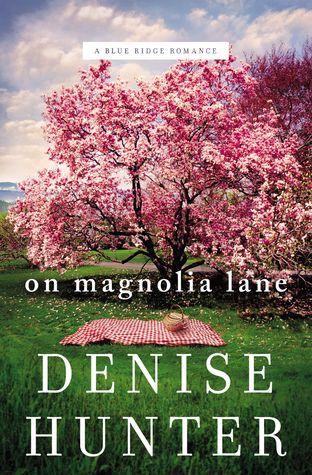 Pastor Jack McReady has secretly carried a torch for Daisy for two long years. She’s a member of his congregation, after all, and she’ll never see him as more than a trusted counselor. Jack’s best friend Noah has taken every opportunity to encourage his lovesick friend, but when Noah catches wind that Daisy has joined an online dating site, he takes matters into his own hands and orchestrates a meet-cute of the most unconventional kind.

Owner of the local flower shop, Daisy Pendleton is content with her small-town life, but she’d sure like someone to share it with. After several disastrous first dates, she’s about to give up—and then she finds a seemingly wonderful man online. Daisy gets to know TJ through a series of messages but finds herself spending more time with Pastor Jack outside of the church at the same time. What she doesn’t know is that her online prospect and Jack are one and the same.

Just as Daisy’s love life starts to look promising, a mysterious woman appears in town. Daisy is faced with a revelation about her family that turns her world upside down, and she looks to both TJ and Jack for help.

Jack must find a way to reveal himself as her online suitor without breaking her heart and losing her trust. As Daisy faces Jack’s betrayal, she’ll have to learn to extend grace to herself, her family, and the man she’s grown to love.

On Magnolia Lane will be available November 6, 2018.

I’ve enjoyed the other books in the Blue Ridge Romance series and On Magnolia Lane just might be my favorite of the series.

I found both the lead characters, Daisy and Jack, to be likable. Sometimes I struggle with the likability factor of this author’s female leads, but I really liked Daisy here. She was kind and I felt like all of her reactions to some of the bad things she found out about were reasonable. I really liked Jack, too, though the whole dating site deceit storyline did keep me from really loving him.

Speaking of the dating site, that part of the plot really reminded me of another one of Hunter’s books. In the interest of full disclosure, I only read a couple of chapters of that book before I decided it wasn’t for me. I have to admit that while it didn’t ruin the book for me or anything, I really didn’t like it any better here. In a different book, I probably would’ve been ok with the male lead being a little dishonest about being the online suitor. I got that he wanted her to get to know him without the Pastor title she associated with him. BUT, I feel like as a Pastor he should’ve handled it better. I have a really hard time excusing his deceit in light of his occupation.

Which brings us to the message of forgiveness. Even though we have a tendency to place certain people on pedestals, everyone is just human and fallible. It’s only by grace that we are forgiven. This is a really easy truth to accept until you’re faced with being betrayed by someone you care about. In addition to Jack’s deceit, Daisy finds out things about her parents that was hard to get past. I found myself in a similar situation over the past year so I found this very relatable and it’s probably the biggest reason this is my favorite book of the series. It made me realize I still have a little ways to go when it comes to forgiveness, too.

Overall, I enjoyed On Magnolia Lane. It was a quick, easy read that I flew right through. I liked the characters and the message of forgiveness and grace. I believe this is the last book in the Blue Ridge Romance series and I thought it ended well. I recommend it to fans of Contemporary Christian Fiction.