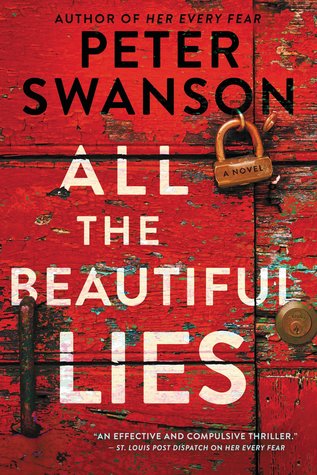 Harry Ackerson has always considered his step-mother Alice to be sexy and beautiful, in an “other worldly” way. She has always been kind and attentive, if a little aloof in the last few years.

Days before his college graduation, Alice calls with shocking news. His father is dead and the police think it’s suicide. Devastated, he returns to his father’s home in Maine. There, he and Alice will help one another pick up of the pieces of their lives and uncover what happened to his father.

Shortly after he arrives, Harry meets a mysterious young woman named Grace McGowan. Though she claims to be new to the area, Harry begins to suspect that Grace may not be a complete stranger to his family. But she isn’t the only attractive woman taking an interest in Harry. The sensual Alice is also growing closer, coming on to him in an enticing, clearly sexual way.

Mesmerized by these two women, Harry finds himself falling deeper under their spell. Yet the closer he gets to them, the more isolated he feels, disoriented by a growing fear that both women are hiding dangerous—even deadly—secrets . . . and that neither one is telling the truth.

All the Beautiful Lies will be available April 3, 2018.

This is one of those books where I feel like the synopsis doesn’t really describe the book that accurately. It didn’t bother me much, though, in this case because I found the book to be much better than what the synopsis makes it sound like.

All the Beautiful Lies is not a book with shocking twists, but many small reveals. There is one big reveal that might shock some readers that missed the clues early on about the identity of the killer, but I first suspected it at about 30%. I didn’t mind not being shocked by it, though, because I enjoyed everything leading up to it. The use of multiple timelines and POVs were really used effectively to build suspense and reveal things at the most impactful moments. I really never wanted to put the book down. I read the first half in pretty much one sitting.

None of the characters were very likable, but I did feel pretty invested in all of them. Poor, stupid Harry was probably my favorite. I felt so bad for what he was going through, but some of his decisions just frustrated me. I wish we would’ve gotten more of Alice’s POV in the present timeline. Her past timeline POVs were kind of fascinating as we learn how she became the person she is, but I would’ve liked to have heard what was going through her head during some of her interactions with Harry.

Overall, I really enjoyed All the Beautiful Lies. I loved the use of multiple timelines and POVs. The writing was really addictive and the book was hard to put down. This is my first book by Swanson and I’m planning on reading more from him in the future.

18 thoughts on “Review: All the Beautiful Lies by Peter Swanson”