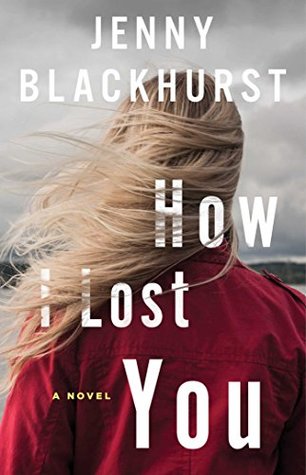 A woman without a memory struggles to discover the truth about her past and her identity in this cerebral and dark thriller reminiscent of works by bestselling authors S.J. Watson and Ruth Ware.

I have no memory of what happened but I was told I killed my son. And you believe what your loved ones, your doctor and the police tell you, don’t you? My name is Emma Cartwright. Three years ago I was Susan Webster, and I murdered my twelve-week-old son Dylan. I was sent to Oakdale Psychiatric Institute for my crime, and four weeks ago I was released early on parole with a new identity, address, and a chance to rebuild my tattered life. This morning, I received an envelope addressed to Susan Webster. Inside it was a photograph of a toddler called Dylan. Now I am questioning everything I believe because if I have no memory of the event, how can I truly believe he’s dead? If there was the smallest chance your son was alive, what would you do to get him back?

I really wanted to like this book. It definitely looks like it would be just my type. Unfortunately, it just didn’t really work for me.

The pacing felt off. It seemed to drag on and on until about the last quarter of the book. It took me five days to read this, which is kind of unheard of for me for a book of this size. By the end things started to happen at a faster, more suspenseful pace, but it couldn’t really save it.

The alternating POV and timeline, which I usually am a big fan of, didn’t work for me. The story was told mostly through Susan’s 1st person POV, which I liked, but mixed in were flashback chapters from a group of boys from their high school and college days. Though we know they are obviously involved with Susan’s predicament in some way or another, it takes awhile until a connection is revealed. Besides that, though, I found those portions kind of confusing. Part of the problem could have been that the formatting of the ARC was kind of messed up, which I imagine will be cleaned up in the final published version. But I also think it could’ve used a little more editing.

I did find Susan to be a mostly likable and sympathetic main character, though. I found her frustrating at times, but she had obviously been through a lot. I liked her loyalty to her friend, Cassie, even though I was suspicious of her at times. I also liked Nick, even though I didn’t really trust him, either. While there was obviously many suspicious characters, I’m glad I was wrong about a few of them.

Overall, there was just something missing for me in How I Lost You. While I did ultimately want to find out what really happened, I just didn’t care for most of it and found myself skimming a lot. I think that it could have benefited from a steadier pace in the beginning. I’m sure that there will definitely be people who will enjoy this, though, even if it wasn’t really for me.

11 thoughts on “Review: How I Lost You by Jenny Blackhurst”