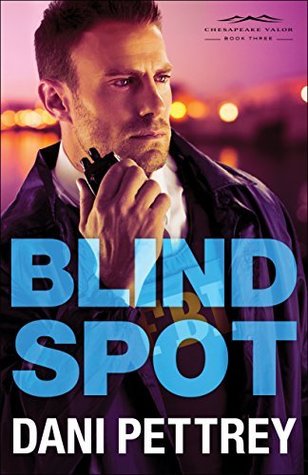 FBI agent Declan Grey is in the chase of his life–but isn’t sure exactly what he’s chasing after. Threatened by a terrorist that “the wrath is coming,” Grey fears something horrible is about to be unleashed on American soil. When his investigation leads him to a closed immigrant community, he turns to Tanner Shaw to help him. She’s sought justice for refugees and the hurting around the world, and if there’s anyone who can help him, it’s Tanner.

Tanner Shaw has joined the FBI as a crisis counselor . . . meaning she now has more opportunity to butt heads with Declan. But that tension also includes a spark she can’t deny, and she’s pretty sure Declan feels the same. But before anything can develop between them, they discover evidence of a terror cell–and soon are in a race against the clock to stop the coming “wrath” that could cost thousands their lives.

I’m a fan of Dani Pettrey and have really enjoyed the Chesapeake Valor series. I’m disappointed to say that this installment, while still a good read, did not live up to my expectations.

It took me a really long time to get into the story. In the previous book, Still Life, there is a subplot with Declan and a potential terrorist attack that I didn’t really like. That subplot becomes the main focus of this book, along with Declan and his romantic interest Tanner, so I think I started off the book a little biased. It took me until over half way through to really start enjoying it. There were a few well done suspenseful moments thrown in, but it wasn’t until the latter half of the book that I really felt the urgency.

It also took me a little while to get on board the Declan and Tanner ship. I did like Declan pretty early on, but I thought Tanner could be a little condescending. There’s also a reveal about Tanner’s big secret, shameful past that greatly annoyed me. There was absolutely nothing for her to be ashamed of and I thought it was kind of disrespectful to the real life people in that position. Tanner did eventually grow on me, though, and I was happy when her relationship with Declan finally progressed. I also liked how their faith was effortlessly written into the story. I didn’t think there was any “big lesson” they had to learn, but their Christian faith was evident in who they were and I liked that.

We also get Griffin’s POV with the second major storyline, the murder of a friend/mentor of the group. I have to say that I was incredibly bored with this storyline. With the terrorism plot, this one just didn’t really seem to matter. I thought that the answers came way too easily, too. And as with the previous book, I don’t understand how all these people are able to share details of official investigations. And how does Griffin have any jurisdiction to pursue someone out of the country? I also thought it was odd that Tanner, who is a crisis counselor, gets to be Declan’s partner once they’re done with her connection to a potential witness. I feel like you have to overlook a lot when it comes to the crime solving in this series.

We get one other person’s POV and it was the one I most enjoyed. We finally get some answers (though vague) on the missing Luke. I had some issues with the way different members of the group reacted to his reappearance, but I guess I can kind of see where they’re coming from. I just hope they get over it quickly in the next book.

Overall, I thought Blind Spot was Pettrey’s most ambitious book yet. I can appreciate the effort to elevate the central mystery to a national threat and not just something that affects someone in the group of friends, but it just fell a little short for me. I had a hard time getting into the story and while I did like Declan and Tanner eventually, I did not enjoy them as much as I did the central couples of the previous books. I did really like the appearance of Luke, though, and am really looking forward to seeing more of him in the next book.