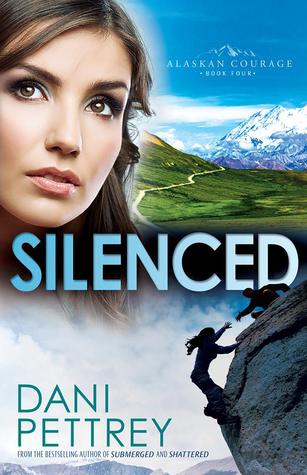 A relaxing day of rock climbing takes a disturbing turn when Kayden McKenna’s route leads her face to face with a dead climber. Is it a terrible accident or something sinister? When the case is handed to the overburdened sheriff, he turns to Jake Westin. With Jake’s past now revealed, he’s ready to use his talent for investigation again–but he could never prepare for where the case will take him.

Kayden and Jake soon realize that the death was no accident. And worse, it seems the killer is on to them. When strange things begin happening in Yancey, Jake is terrified that once again his world may put someone he loves in danger. But the truth is far worse than he could ever imagine.

I’ve enjoyed the first three books in the Alaskan Courage series and Silenced did not disappoint. It continued with the blend of romance, suspense, and faith that I’ve come to expect from Pettrey.

In the last book, we got a closer glimpse into the relationship between Kayden and Jake. Kayden had always believed he was hiding something and we found out he used to be a detective, but left his old life after his wife was murdered. In Silenced we pick up with their burgeoning relationship.

While out on a rock climb, Kayden finds a dead climber. When the acting Sheriff, Landon (Kayden’s soon-to-be brother-in-law), convinces Jake to join his short-handed police force and take lead on the investigation, Kayden agrees to help since she has climbing expertise and is in with the tight-knit climbing community.

While the mystery of the murder is interesting, the focus of the investigation seems mostly to advance the relationship between Kayden and Jake. They’ve never spent much time together one-on-one and they both enjoy it a little more than they should during a murder investigation. When the case comes to a startling close, something still isn’t sitting quite right with Jake, especially when he continues to get threatening notes.

After a life-threatening accident on another climb, Jake figures out that the threats don’t have anything to do with their initial case, but that his past is coming back to haunt him and he’ll need the help of the rest of the McKenna’s to save the woman he loves.

Overall, I enjoyed Silenced. I liked that we got to see Cole and Bailey finally get married and that we also got to see more of Reef (who the next book is likely to be about). I would’ve liked for the initial mystery to have tied into the central plot of the book in some way, though. While it was interesting, I felt a little bit like it was a waste of time. However, I still look forward to continuing the Alaskan Courage series. 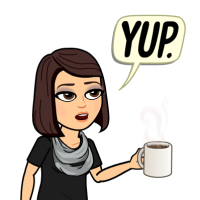