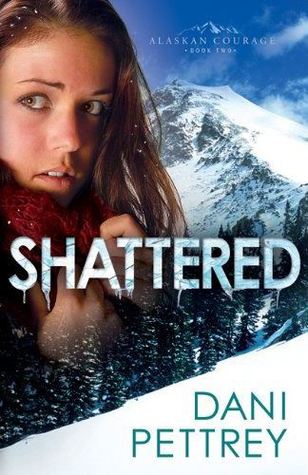 Piper McKenna couldn’t be more thrilled that her prodigal brother, Reef, has returned to Yancey, Alaska, after five years. But her happiness is short-lived when Reef appears at her house covered in blood. A fellow snowboarder has been killed–but despite the evidence, Reef swears he’s innocent. And Piper believes him.

Deputy Landon Grainger loves the McKennas like family, but he’s also sworn to find the truth. Piper is frustrated with his need for facts over faith, but he knows those closest to you have the power to deceive you the most. With his sheriff pushing for a quick conviction, some unexpected leads complicate the investigation, and pursuing the truth may mean risking Landon’s career.

With Piper waging her own search, the two head deep into Canada’s rugged backcountry–and unexpected complications. Not only does their long friendship seem to be turning into something more, but this dangerous case is becoming deadlier with each step.

This is the second book in the Alaskan Courage series and I think it was better than the first in just about every way. The wrong man imprisoned for murder isn’t exactly a new idea, but I don’t mind it. What I did mind was that most of the book is about the characters following twists and turns that ultimately DID NOT LEAD THEM ANYWHERE. It was like half of the book was just wasted and then they zero in on a lead that they overlooked earlier and, hey, here’s this whole other conspiracy out of nowhere. I would have found it more satisfying if they would have spent more time on what actually happened, instead of rushing through it towards the end.

Where the plot lacked in the suspense/mystery department, it made up for in the romance. While Piper and Landon are chasing the leads (that mostly go nowhere), they slowly take stock of their new and growing feelings for each other.  The romance does also not overpower the rest of the story, which I appreciate.

I feel like overall I would have to give the plot about 2.5. I would’ve given it more, but I just can’t reconcile that half of the book was so pointless and the murderer came kind of out of nowhere.

The reason I continued this series after the first book was because I liked Landon and Piper in the first book. I continued to like them in this book. I also liked that the rest of the McKenna clan was still involved with the story. I didn’t love the new addition of Darcy, the reporter that believes in Reef’s innocence and assist their search for answers.

Overall, I would give the Characters a 4. Landon and Piper were both well developed and Landon showed a lot of growth throughout the book. I would’ve liked to have seen Piper take some responsibility for her bad decisions, though. I also enjoyed the development of Gage.

I think Pettrey’s writing improved from the first book, though there’s still some room to improve. The pace was mostly pretty slow, with an occasional quick burst of action. I also don’t completely care for the style of getting the anonymous villain’s POV occasionally through the story. It didn’t really serve any purpose for the most part except to let us know that Reef is definitely not the killer and that he’s following Piper and Landon, which we could infer from Piper saying she thought she’d seen the same man at several of their locations. I give Readability a 3.

I really enjoyed most of Shattered. I liked the characters and I enjoyed most of the mystery. However, the out-of-nowhere twist/conspiracy towards the end that proved who the real killer was just annoyed me. I give Enjoyability a 3.

Overall, I mostly enjoyed this book. I feel it improved upon the first book in the series and I would recommend it to someone interested in Christian Romantic Suspense.